"Men? Men are weak. The blood of Numenor is all but spent, its pride and dignity forgotten. It is because of men the Ring survives. I was there Gandalf. I was there three thousand years ago. I was there the day the strength of men failed."

Elrond Lord of Rivendell, The Fellowship of the Ring, The Lord of The Rings

Forming The Last Alliance
I have been working on a last alliance army for War of the Ring now for a while and decided to let people see how it's coming along.

The army will be a combined force of elves, men and eventually dwarfs (which aren't listed below as I haven't decided what they will comprise off yet).
The list:


As their are more elf units I have decided to start with one of them.
I chose to do a sword regiment first as i get more enjoyment of modelling than the painting part and i wanted to do a unit with it's front rank in the film pose. 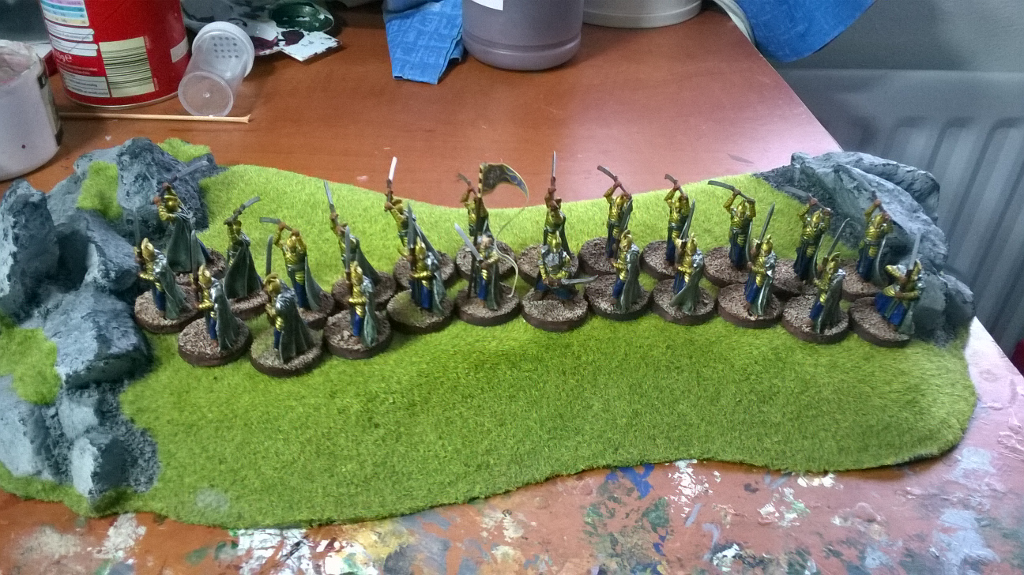 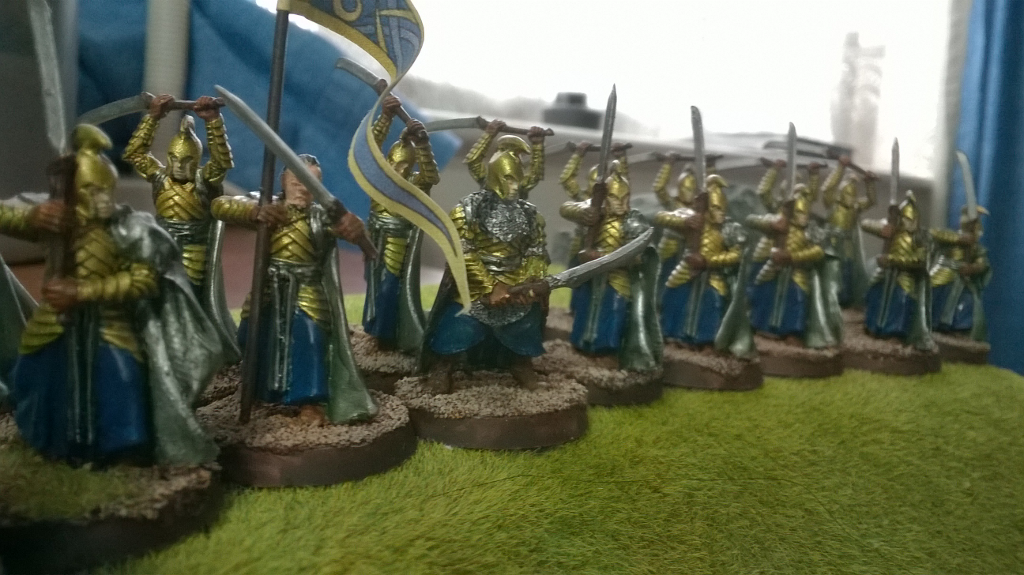 Sticking with the the elves, the next unit I decided on was archers so that I could field an sbg army. 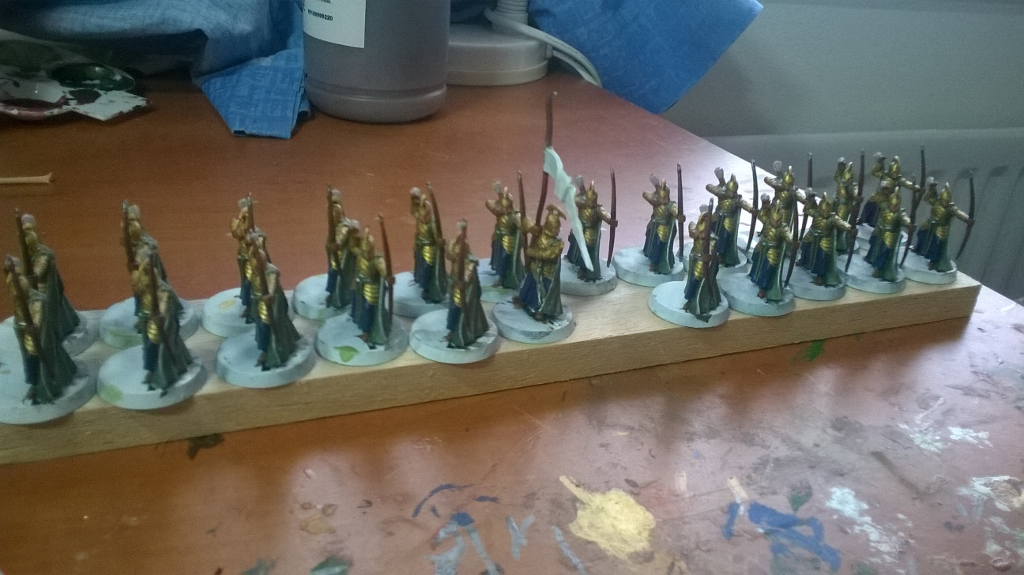 You may notice the gap next to the banner man this is for the captain. It will be a Elrond model with an armoured Glorfindel  head. I haven't painted the banner as I plan on putting a paper one over the top.

After two regiments i decided to do a character. For me the was only a choice of one to start with and that was Glorfindel (he's my favourite Tolkien character) 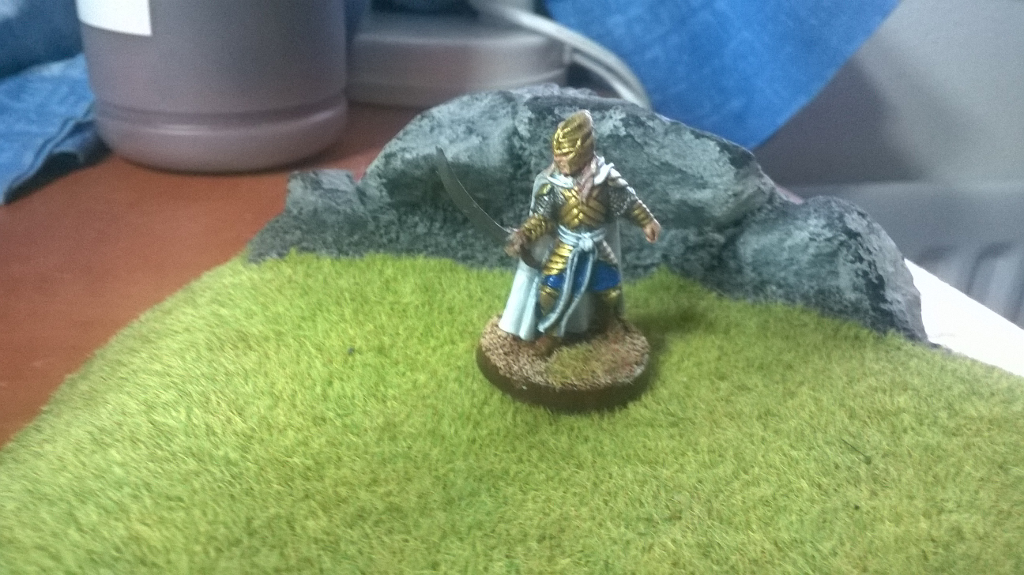 In the next instalment I will start on the Númenórians.

We welcome anyone interested in playing The Hobbit SBG, Lotr SBG, WotR or any Warhammer/40K, X-Wing battle or table-top war game - why not let us know so that we can arrange some starter battles,

Feel free to come along to Midsussexwargaming or arrange a game.
Posted by Leonardis at 12:52